Antonio D. Hash was elected as Sheriff for the City of Roanoke after serving thirteen years as a Deputy Sheriff. He has served under three previous administrations and was allowed the opportunity to excel within the ranks. He has held positions within and outside of the Sheriff’s Office which has strengthened his leadership abilities. He is committed to the staff and desires to positively influence the community. He has a proven track record of being a community engager, advocate, and leader. Sheriff Hash looks forward to strengthening the organization and protecting and serving the community with understanding and respect.

Sheriff Hash has earned numerous certifications while working as a deputy to include his most recent role as a Certified School Resource Officer. He was a member of the accreditation team that led to the department’s accreditation as a certified law enforcement agency. Prior to and while employed with the organization, Sheriff Hash was heavily involved in giving back to the community and strengthening bonds within the community. Based on his self-less acts, he was bestowed with the Key to the City in 2019 by Mayor Sherman Lea Sr.

After winning a contested race, effective January 1, 2022, Sheriff Hash became the newly elected sheriff. His experience as past CEO of a not-for-profit organization and varied background knowledge ensures his ability to manage and continue efficient operation of the Roanoke City Jail and Courthouse.

His goal is to address mental health, for not only inmates but for deputies as well, create a clear and cooperative bridge between the Sheriff’s Department and established programs within our city, and he pledges that the department will uphold The City of Roanoke’s mission of diversity, inclusion, and equity by ensuring the organization is reflective of the community we live in. 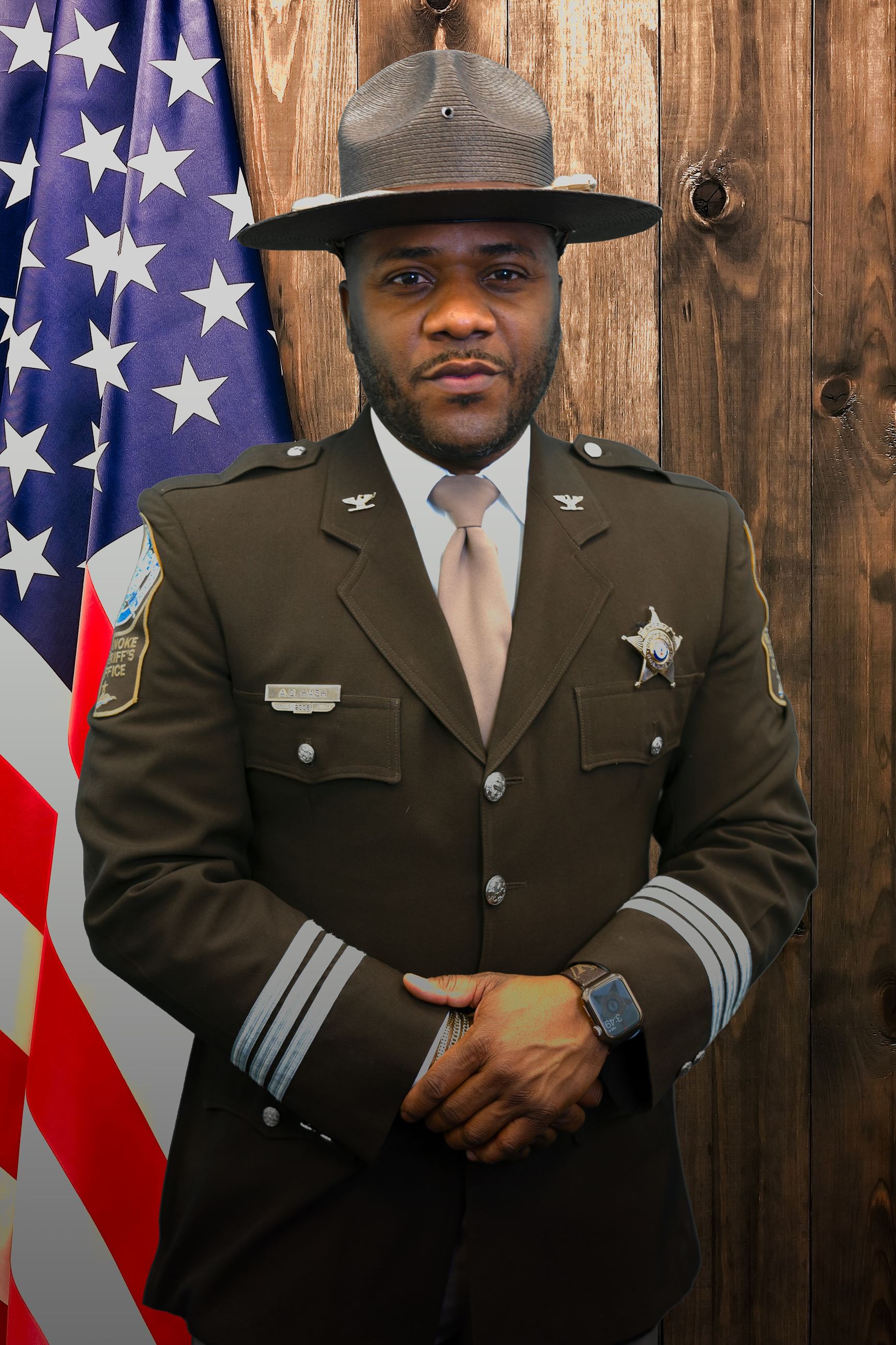