What is an urban heat island?

Have you ever noticed how much hotter you feel when you are standing in a parking lot downtown rather than in a grassy park? There is a scientific reason for that!

An urban heat island occurs when a city experiences much warmer temperatures than nearby rural areas. This temperature difference has to do with how well the surfaces in each environment absorb and hold heat. Urban heat island warming refers to city areas warming to higher temperatures because of the ability of concrete, asphalt, and other building materials to absorb heat more readily and hold that heat for a longer time than trees, grass and soil in rural areas. Warming can also be caused by the amount of impermeable surfaces, types of vegetation present, and human activities that create heat such as using vehicles and industrial facilities. Even within the same city, certain neighborhoods can be much hotter, and this warming effect can make cities 10 - 15 degrees F hotter than surrounding areas. 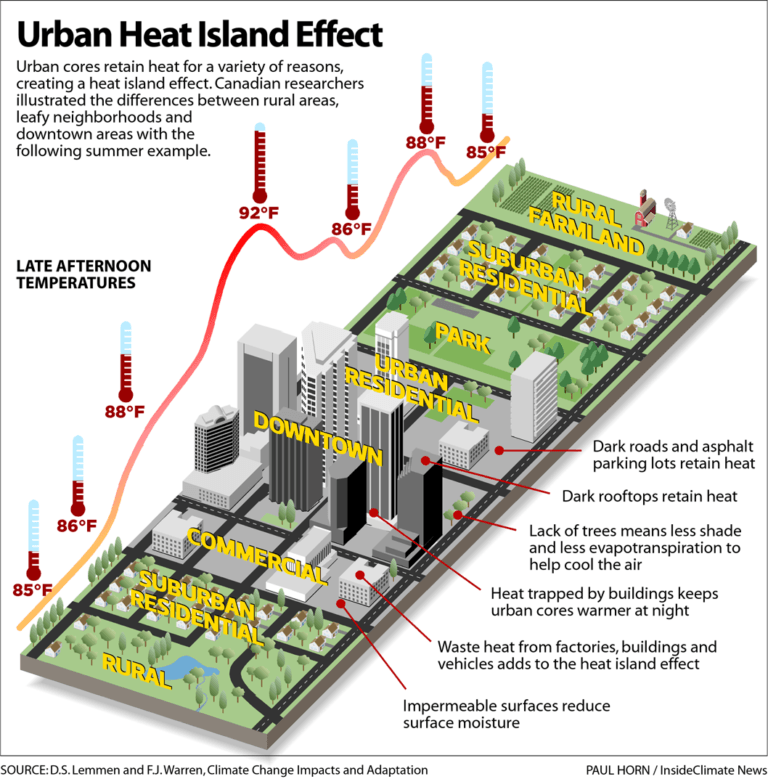 The urban heat island effect is a real and serious problem right here in Roanoke and will continue to worsen with the effects of climate change. According to the National Oceanic and Atmospheric Administration (NOAA) Climate Explorer, Roanoke will experience higher temperatures with more intense rainfall events. In a period of official weather data extending from 1912 to 2019, nine of the ten warmest summers for average daily low temperature have occurred since 2005. July 2020 was the warmest month on record for average daily low temperature, at 70.8 degrees, and August ended a record 19-day streak in which daily temperatures never dropped below 70 degrees in Roanoke.

In Roanoke, the density of urban buildings, roads, and parking lots coupled with lack of tree canopy make temperatures higher than in outlying areas during the day and night. This causes increased energy consumption (higher power bills), elevated levels of air pollutants and harmful ozone levels, compromised human health and comfort, and impaired water quality. Roanoke also has an older housing stock and a population with high rates of health conditions such as COPD and asthma that can exacerbate heat stress effects. In the course of a year, excessive heat causes more deaths and health problems than all the natural disasters combined.

Rising temperatures could cause thousands to tens of thousands of additional premature deaths in the United States each year by century's end, making heat one of the deadliest impacts of climate change. But not everyone will suffer equally. Climate-induced weather events have the most profound impact on those who have the least access to financial resources, historically underserved communities, and those struggling with additional health conditions.

Extreme heat is creating health and safety threats, especially for older adults, people experiencing homelessness, and those whose homes lack air conditioning. More and more research is showing that the hottest neighborhoods today are the same neighborhoods once redlined under racially discriminatory home lending practices in the mid-1900s. These neighborhoods often remain lower income and communities of color, with fewer trees and open spaces, exposing residents who need to walk or use public transportation to dangerous heat. In Roanoke specifically, the heat island study done by CAPA found that previously redlined communities have air temperatures that are 7 - 10 degrees F hotter than non-redlined areas in the City.

With higher temperatures and increased rainfall guaranteed in our future, it is extremely important to address the heat island effect in Roanoke. Due to this information, the City’s Office of Sustainability partnered with Climate Adaptation Planning Analytics (CAPA) to create a heat island mapping study within the City of Roanoke. As illustrated in the map below, it’s very clear how dense urban surfaces with no vegetation retain much more heat than a shaded area.

To learn more and use our interactive map, click here. 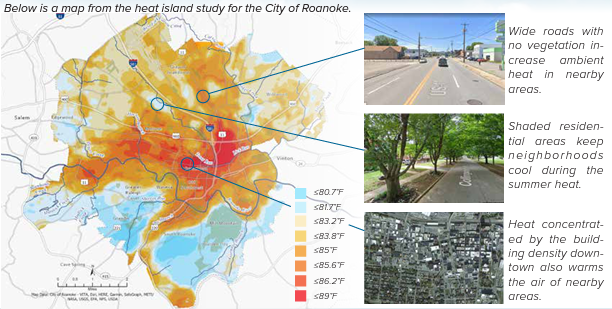 In the summer of 2021, professors from Virginia Tech and UVA, in partnership with the City of Roanoke’s Sustainability Coordinator and Roanoke City Public Schools, facilitated a 2-week summer STEM program with students ages 12 -14 enrolled in the Roanoke City Public Schools Summer Enrichment Program. Students were given hands-on experience using urban sensing technologies such as handheld weather sensors and drones to build understanding of the correlation between materials and vegetation and temperature. In addition to learning to collect, use and contextualize scientific data, students also carried out interviews, and engaged in planning solutions to urban heat in their neighborhoods.

To learn more and see the results of their findings, click here. 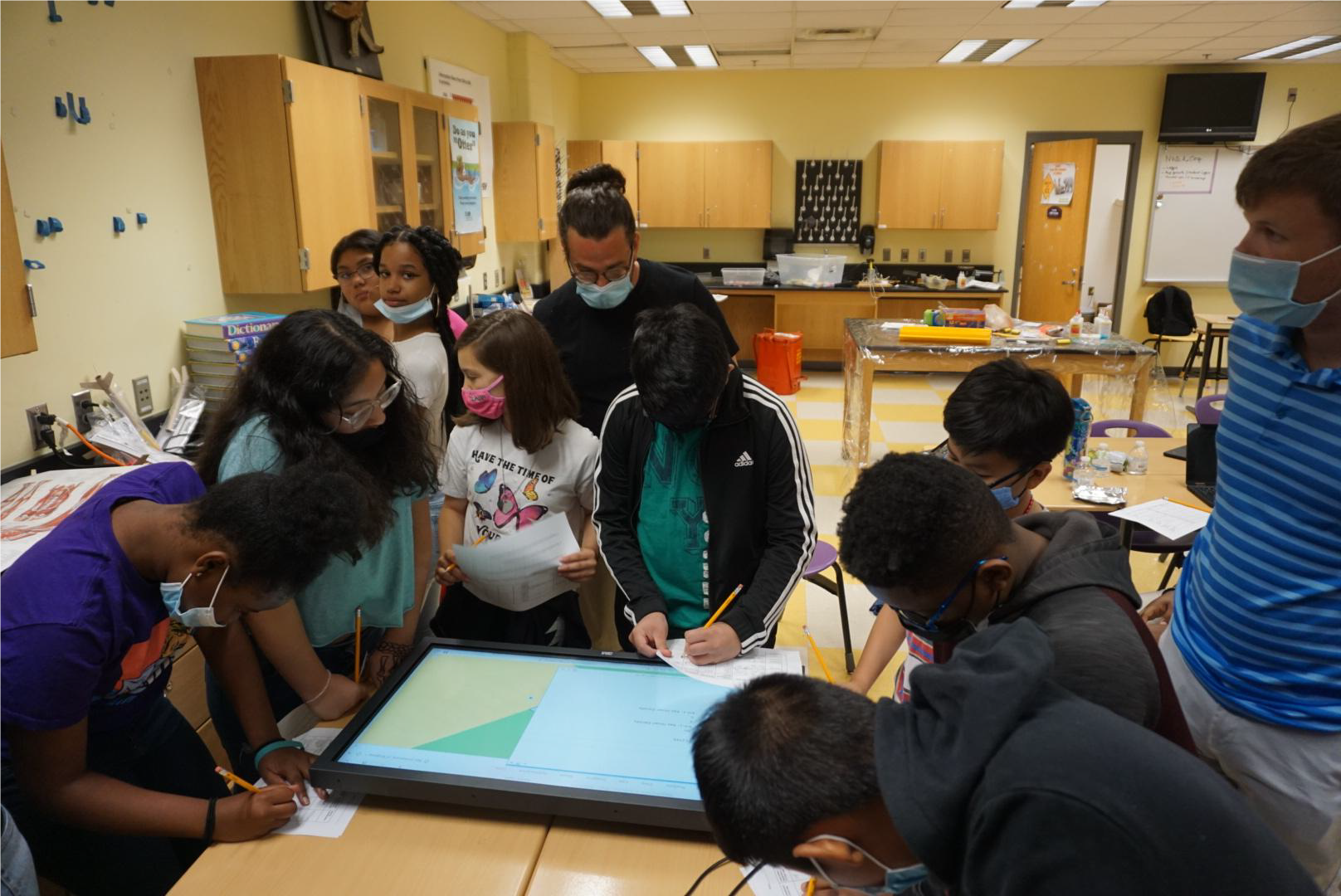