“…Roanoke has a golden opportunity, one that any city in the land might envy.  Its rivers, hills, and rural country, its creeks and the views of its surrounding mountain ridges are singularly available and beautiful beyond description.”

Although Nolen wrote during the City’s infancy, subsequent comprehensive plans have also attributed the City’s natural capital to the unique landscape formed by the Roanoke River and its tributaries.  Since that first plan, the City’s landscape has fundamentally changed as population in the Roanoke River Valley increased, and with it agriculture and urbanization, and the related impacts on the function of the ecosystem.

In the 1960’s, scientists began to document the relationship between the observed changes to urban streams and watersheds and the rapid development of land in these areas, and noted that issues associated with these changes would need to be addressed through careful land and water resources planning and management. These observations have been substantiated in the past four decades through extensive research defining the scope and magnitude of these changes, and attempting to identify the most effective restoration/mitigation techniques.

The Stormwater Utility is developing a Watershed Master Plan (WMP) for each watershed in the City of Roanoke. These master plans are intensive documents that attempt to define how the landscape and stream have changed from their natural form with urban development, and how these changes have affected the stream health and watershed characteristics. The objective of each WMP is to identify and prioritize mitigation and restoration activities that will transform each watershed into a community asset, focal point, and source of pride for those that live, work, learn, and play in the watershed.

Each WMP is organized into the following sections: 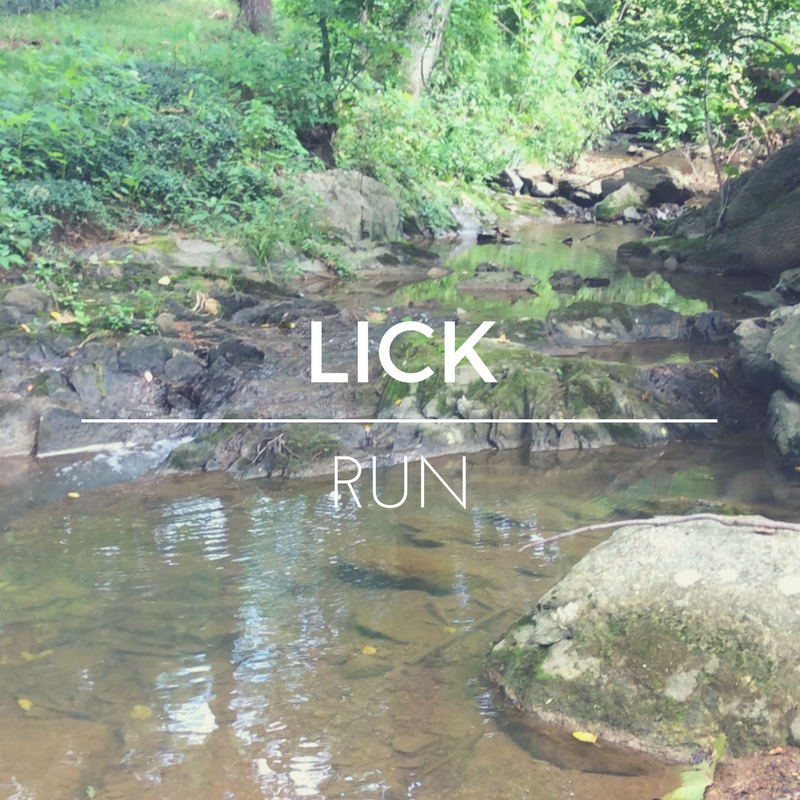 The headwaters of Lick Run begin in Roanoke County, and the stream proceeds from northwest to southeast along the I-581 corridor, draining the Roanoke Regional Airport, Valley View Mall, Evans Spring, and terminating at the confluence with Trout Run in downtown Roanoke.

The watershed drains 3,747 acres of 35% impervious land to 8.5 miles of perennial stream, and over 70 miles of total drainage channels.

The first two recommendations provide short- and medium-term management practices that can be implemented throughout the watershed to begin progress towards the WMP’s goals, and the third provides the framework for scientifically improving the first two over the long-term. The condition of the Lick Run watershed has changed significantly since 1907, and will require substantial City and stakeholder commitment to realize the goals set forth in this WMP. 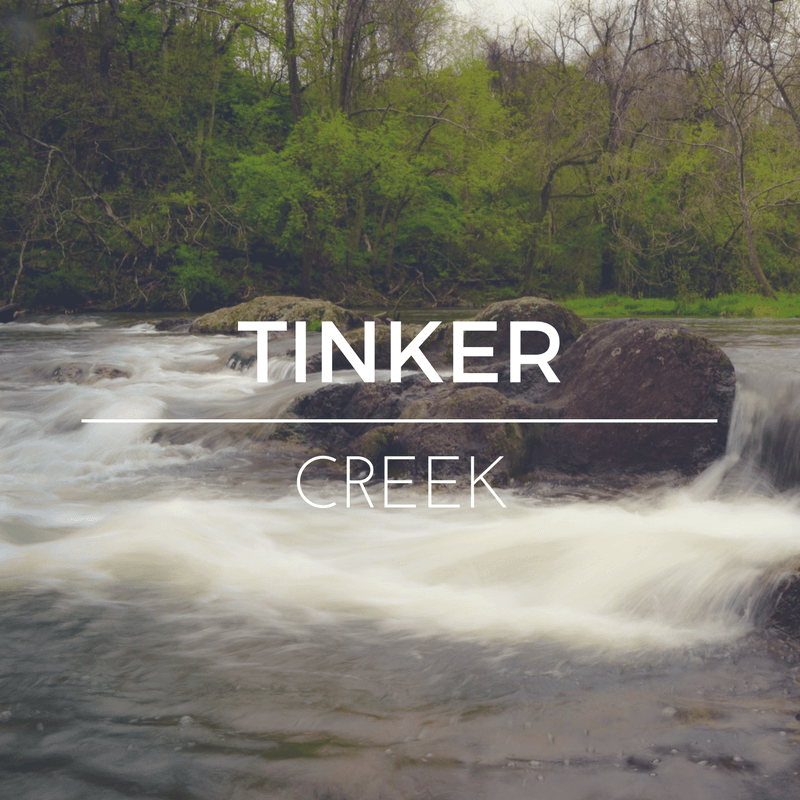 The hydrologically defined Tinker Creek watershed collects drainage from Carvin, Tinker, and Glade Creek, and Lick and Trout Run, comprising a 112 mi2 area including parts of Roanoke and Botetourt County, the City of Roanoke, and the Towns of Troutville and Vinton. This WMP focuses on the portion of the Tinker Creek watershed that is within the City of Roanoke’s jurisdictional boundaries, excluding the Lick and Trout Run drainage areas upstream of their confluence (these unique areas are addressed in different WMP documents).

This 11.4 mi2, 32% impervious area drains the eastern part of the Roanoke-Blacksburg Regional Airport, the Williamson and Plantation Road commercial/industrial areas, several golf courses and parks, and the Norfolk-Southern East End Shops, through 17.5 miles of perennial stream, and 119 miles of drainage conveyances to the watershed terminus at the Tinker Creek–Roanoke River confluence.

Recommendations for Tinker and Tributaries: 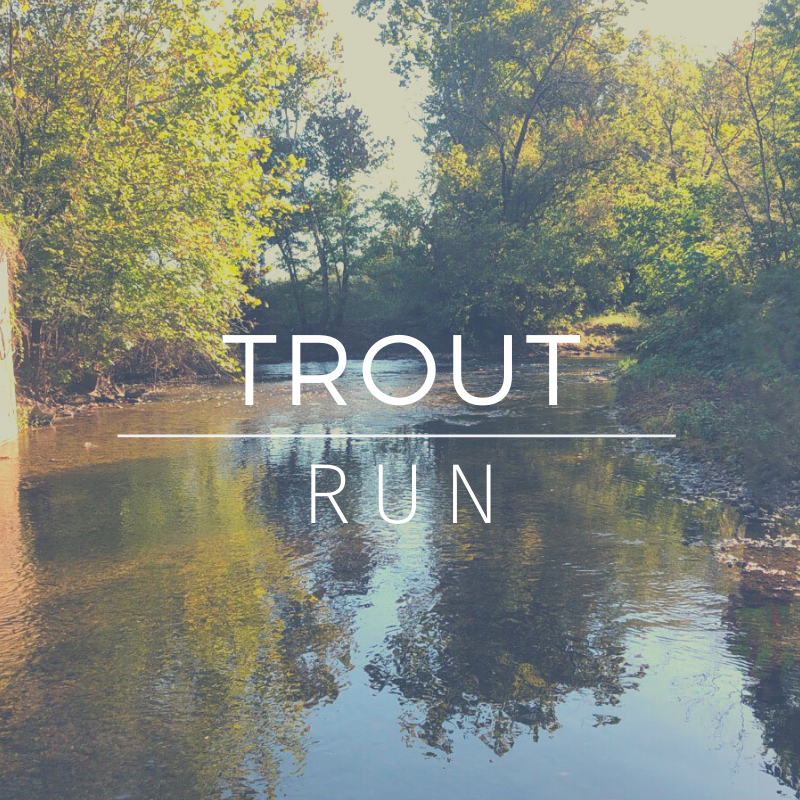 The Trout Run watershed comprises a 1,437 ac (2.2 mi2) area that drains the center of the City of Roanoke from Lafayette Blvd. in the northwest, to the Norfolk-Southern East End Shops in the southeast. There, it meets with Lick Run and flows to the east in a concrete lined channel, eventually draining into Tinker Creek. This watershed drains the Northwest Neighborhoods, a portion of the Norfolk-Southern track and staging yards, Downtown, and a portion of the neighborhoods to the south of the railroad tracks (e.g. Hurt Park, West End, Old Southwest).

The stream is approximately 2.7 miles in length, though it is nearly invisible, as it was buried in large storm drain tunnels starting in the late 1880’s.

The first recommendation focuses on re-establishing watershed vegetative cover to slow, store, and evaporate runoff. The second focuses on the construction of new flood mitigation facilities, and the third on maintaining and improving the condition of existing storm drain facilities. Finally, ideas for incentivizing or requiring similar actions on private land are provided, as a large amount of the watershed is privately owned. The monitoring tools needed to evaluate the outcomes of these recommendations are also enumerated, providing the basis for improved long-term understanding of the stream and watershed. 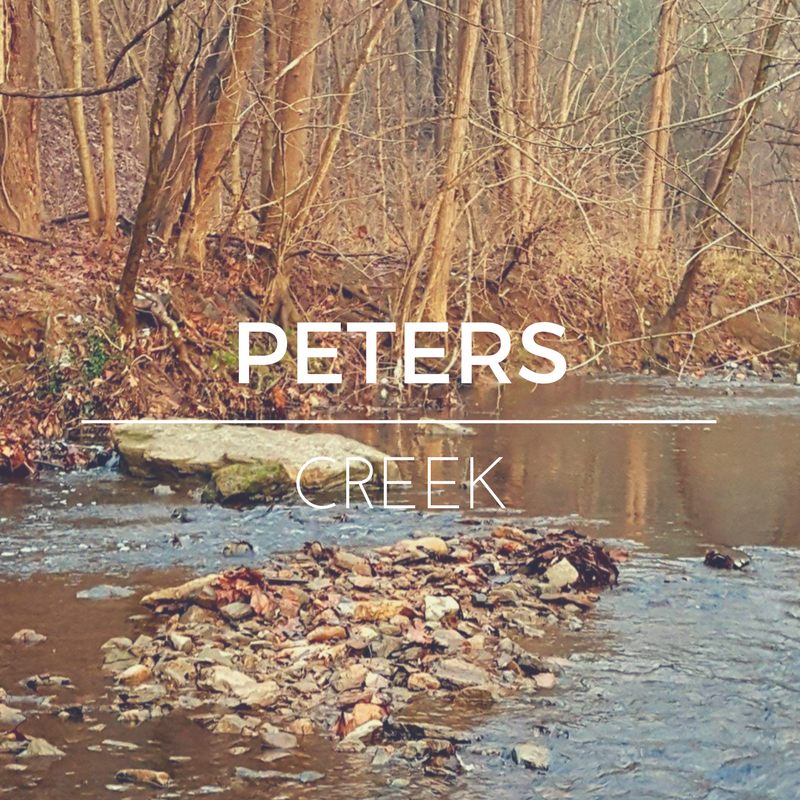 The Peters Creek watershed comprises a 5,784 ac (9.0 mi2) area that drains generally south along the northwest portion of the City’s service area from its headwaters on the southeastern face of Brushy Mountain in Roanoke County to its confluence with the Roanoke River near Steel Dynamics. The watershed is largely undeveloped at its headwaters on the slopes along Timberview Dr., but development increases downstream with primarily residential land use, and clusters of commercial land along Peters Creek Rd. and US 460.

The stream is comprised of five tributary branches to the main stem, amounting to a total of 7.8 miles of perennial and intermittent stream.

The first recommendation focuses on proper valuation of land development compared to the ecological services the land provides in its undeveloped state. The second focuses on adding watershed and floodplain storage to mitigate flash flooding, reduce bank erosion, and improve overall stream function. The monitoring tools needed to evaluate the outcomes of these recommendations are also enumerated, providing the basis for improved long-term understanding of the stream and watershed. The ideas and recommendations in this plan provide the basic information needed to prioritize projects, and begin stakeholder engagement, but it should be noted that this WMP should be seen as a starting point in a very long process of watershed implementation and monitoring. The ideas and recommendations in this plan should be viewed as flexible, and should be updated as more information becomes available.