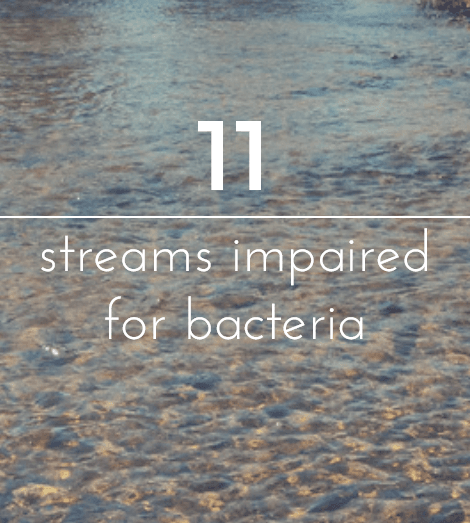 On average, most of the City's streams and the Roanoke River are safe for recreation. However, as part of the City’s Sediment and Bacteria TMDL Action Plan, a Bacteria Monitoring Program was developed to accomplish the following:

Over 10,000 miles of river and streams across Virginia have been designated as Impaired for not meeting water quality standards for bacteria. Fecal bacteria are the leading cause for Virginia water bodies to be placed on the USEPA’s 303(d) Impaired Water List. In Roanoke City, the Roanoke River and 10 of its tributaries having watersheds within the City limits are impaired for bacteria. When streams are designated as Impaired they go through a Total Maximum Daily Load (TMDL) process so that clean-up plans can be developed to address the various sources of fecal bacteria including: livestock, pets, wildlife, and humans.

Since there are many variables that affect the bacteria levels of the Roanoke River and its tributaries including: temperature, wildlife, sunlight, nutrients, turbidity, as well as nearby septic systems, potential sanitary sewer overflows, or illicit connections, it is premature to provide in-depth analysis of the data collected to date.  There are, however, observable seasonal variances, with higher bacteria in summer and fall and lower bacteria in winter, as well as higher bacteria after rainfall events.  Over time the program will establish a baseline of data to help prioritize source tracking and other remediation efforts.

The bar graph below shows the median indicator bacteria levels for the first 15 months of the bacteria monitoring program.  The x-axis includes the sampled streams with the total number of samples taken in brackets after the stream name.  The number of sampling sites varies per watershed based on percentage of the watershed within the City’s jurisdictional boundaries, access, and other risk factors.  The y-axis represents the average fecal indicator bacteria (E. coli) levels and includes the red dashed-line depicting the DEQ/VDH threshold of a healthy stream at 235 CFUs/100ml.  While the bar graph illustrates the median or average bacteria levels, the vertical black dimension lines represent the percentage of bacteria levels above and below the 25% (bottom) and 75% (top) quartile. See a map of the different streams and watersheds in the City here. 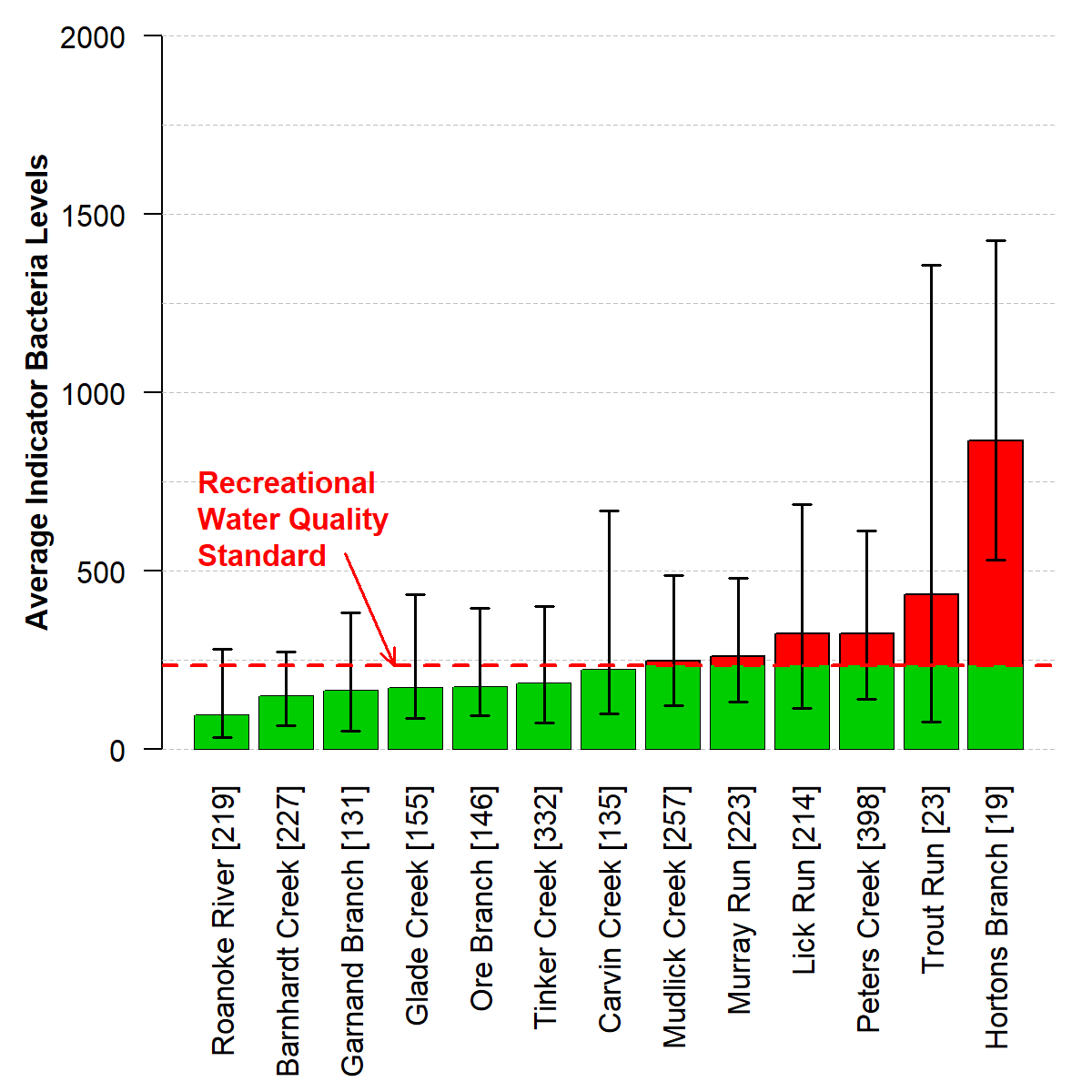