All requirements of the Environmental Protection Agency (EPA) cleanup grant have been met and the grant has been closed out. Property transfer to Carilion took place in late November 2010. Carilion continues to prepare the property for redevelopment.

Read the article from the EPA Region 3 Land Revitalization Update (Winter 2010) titled Scraps to Scrubs in Virginia. See how perseverance and partnering pay off when the first medical school students start their school year.

The former Virginia Scrap Iron and Metal Company entered the site into the Virginia Voluntary Remediation Program in 2005 prior to the Housing Authority taking ownership of the property. The VRP is administered by the Virginia Department of Environmental Quality.

The City worked with a contractor to conduct lead and arsenic cleanup activities through a separate $200,000 EPA cleanup grant. Cleanup work took place during the months of August and September 2010. The Roanoke Redevelopment and Housing Authority then sold the property to Carilion in late 2010, after which time Carilion completed site cleanup and preparation for new development.
Master Plan
An interested developer is currently working with Carilion and the City of Roanoke to develop the property. Upon City Council approval the property was rezoned to D, Downtown District, in April 2012. The developer plans to create a phased mixed use development on the site. 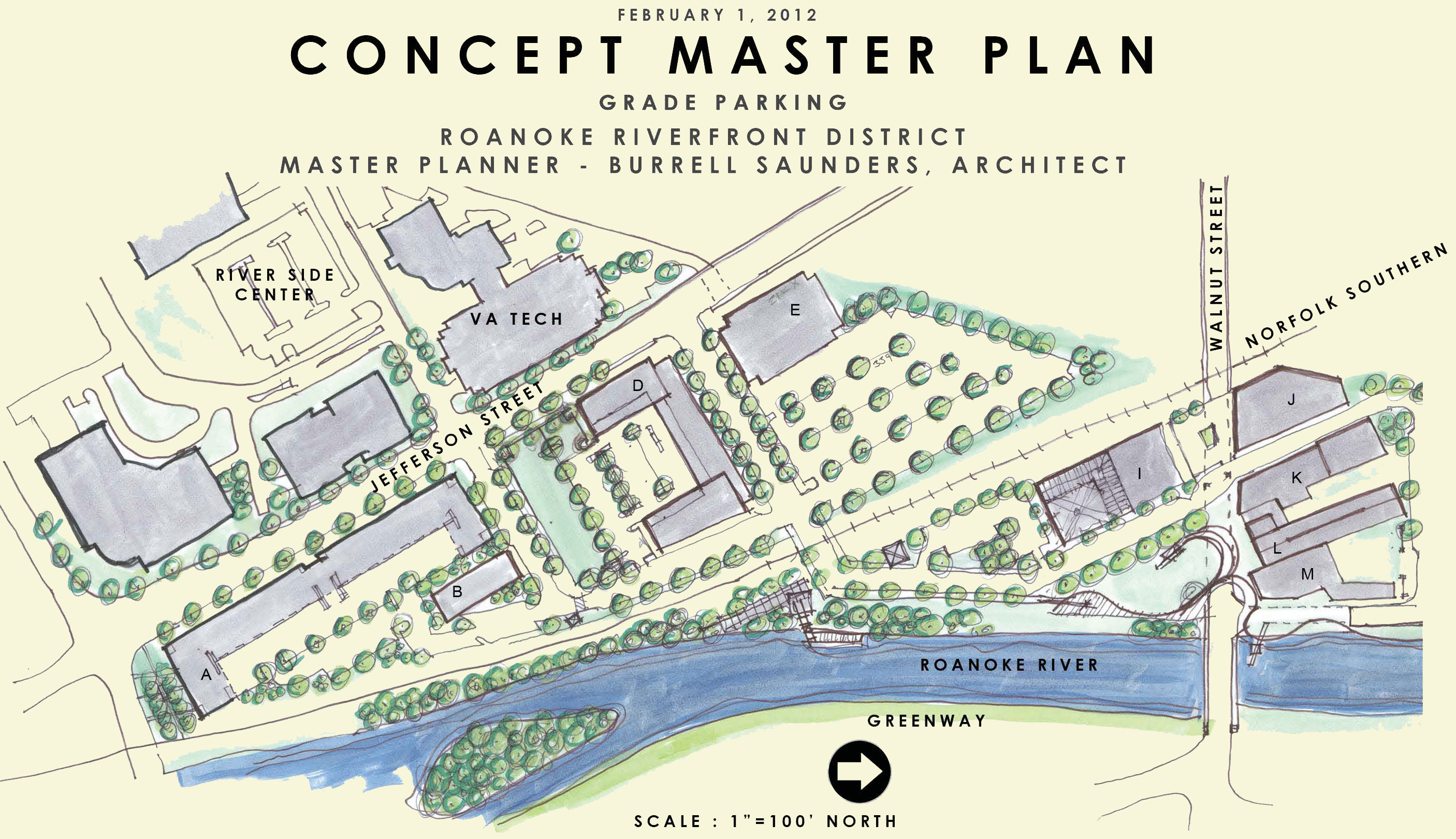